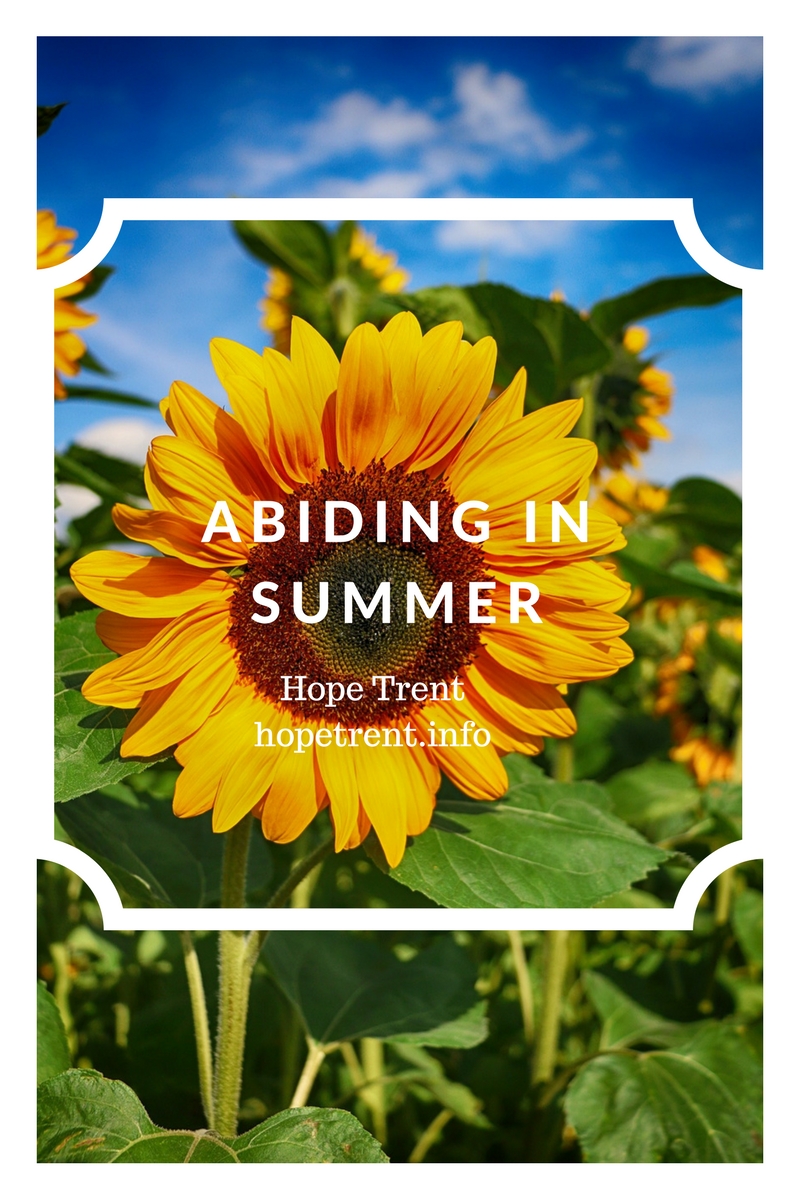 Be joyful in hope

My first year of college has finished and now it’s on to summer break! It has only been a little less than a week, but it has been very relaxing break thus far. I have read at my leisure, seen my best friend twice, cleaned my mess of a bathroom, and picked up my violin again in just a few days.

Is it sad to say I feel more productive the past five days than I have in a semester?

JK. Spring semester was such a blessing. God opened impossible doors, I learned hard lessons, and I finally ate a good meal at the café! Also, I have pertained a slight addiction to coffee. That might not have been such a blessing…

But in the recent days of rest, God reminded me of who He is, who I am, and what a walk with Him looks like. Hebrews 10:36 says,

“For you have need of endurance, so that when you have done the will of God you may receive what is promised “

A need for endurance?

The Hebrew word for it is hypomonḗ. Hypo means “under” and meneo means “abide”. Altogether, it means to “abide under”. It is very prophetic and true for our lives for where we are right now at this exact moment.

Last week, I said some words to a friend that I should not have said. I spoke out of immediate human emotion and out of my own thoughts. I shared what I thought and not what He thought. I spoke my words and not His words. If I was walking, aligned with the Holy Spirit, the fruits of the Spirit would have been clear and evident. There would have been peace, love, joy, gentleness, patience, and self-control within and after that conversation. But there was none of that. And that affected my sour attitude for the rest of the day.

There are two reasons why this happened. First, it was because I had left God out of the equation. It is not enough to simply listen to a couple of worship songs and go to church and just talk about God. It is an okay place to be in, but it is absolutely nothing compared to the time and rest in His word and the pursuit of His promises. Like a real pursuit. Nothing compares to abiding under Him directly. 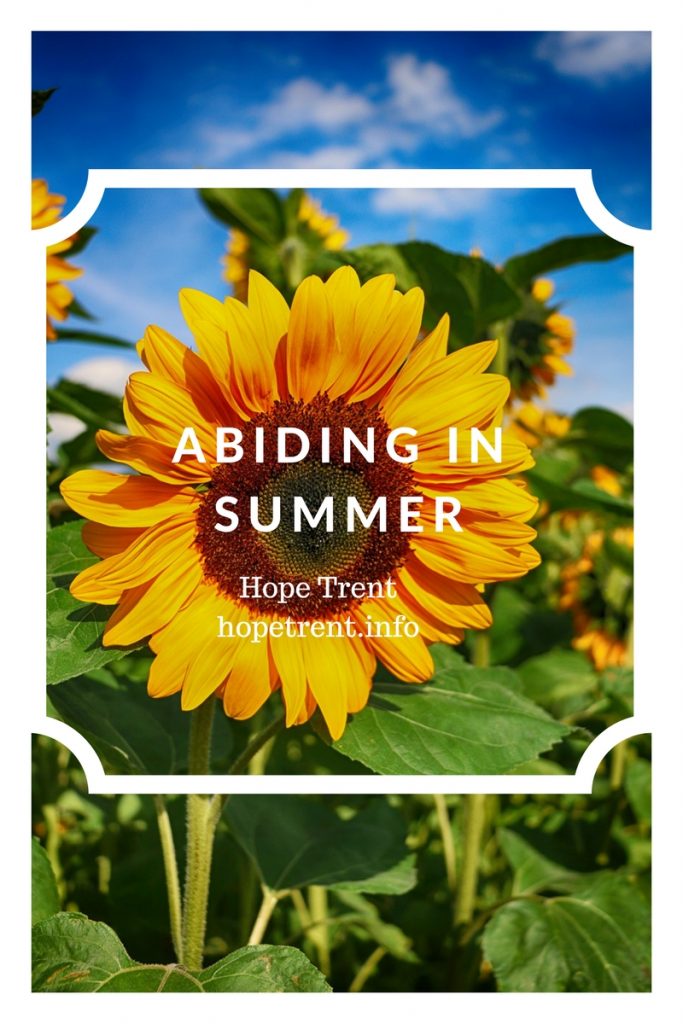 Secondly, it was because I had forgotten that Jesus is the author and perfecter of my faith (Hebrews 12:2). He is the only one in this entire universe who can reach perfection. I listened to a sermon by Lysa Terkeurst last night and she talked about the connection between the garden in Genesis and the garden in Revelation. She said that Jesus meets us in the middle of those two gardens (called life) because though we lost that perfection in Eden, He kept that desire in us because heaven is where we will experience it once again and so that we may keep that hunger for Him.

When we abide in Him, we have peace in our life. We have the ability through Jesus to rejoice in the hope, in the waiting season, because of His power and grace. His power is made perfect in our weaknesses (2 Corinthians 12:19). His grace is a gift. And when we abide under Him, under His power and grace, we are aligned with His will and His thoughts. And that hunger for Him and those fruits of the Spirit that He gives us is a part of His promises.

Like it says in Hebrews 10:36, there is a call for endurance, for abiding, for steadfastness in circumstances and situations in life because when we do that with Him, we receive what is promised in His Word and the fulfillment of the promise is evidence of our God to the people around us.

That, my dear friend, is what a walk with Him looks like. It took a hard lesson and some searching to discover that place of peace for me. But it has been beautiful to see how He has revealed Himself just five days into the summer break. I adore how He reveals himself. It is not like figuring out a friend is double-jointed or that they went through the same thing you went through at thirteen. It is funnier and deeper than that. It is in a mysterious, gentle way that I can not describe with human words.

We have the ability through Jesus to rejoice in the hope, in the waiting season, because of His grace and power Click To Tweet

For abiding in Him this summer, without giving way, and answering the call for endurance will result in joy and fulfillment in the promises God has for you and me.

And these words aren’t just for the beginning of summer. They are for every beginning. He is offering a beginning for YOU today. Will you abide under Him today? 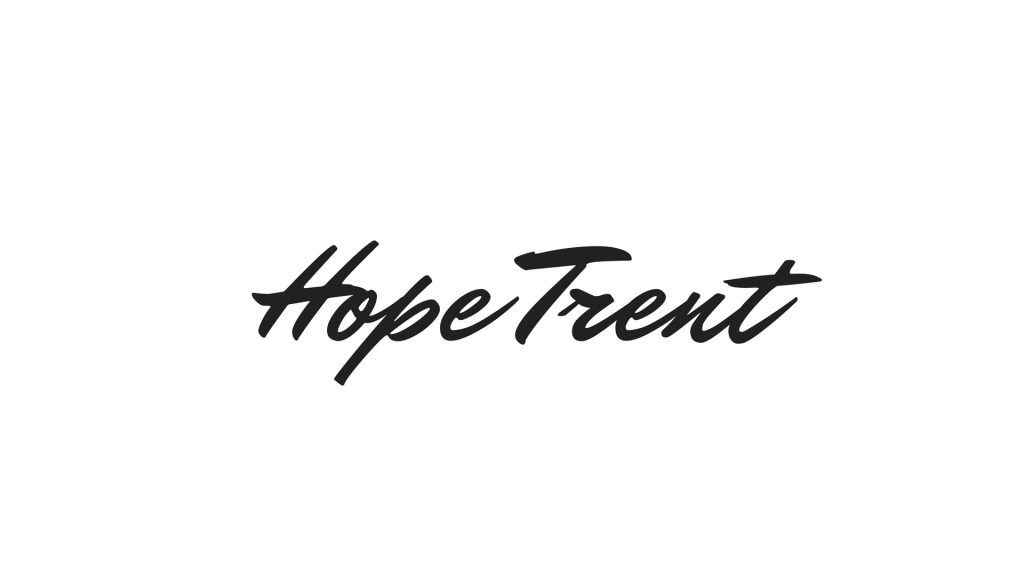 Six Things I Learned My First Semester of College

In the Wings: Life Update 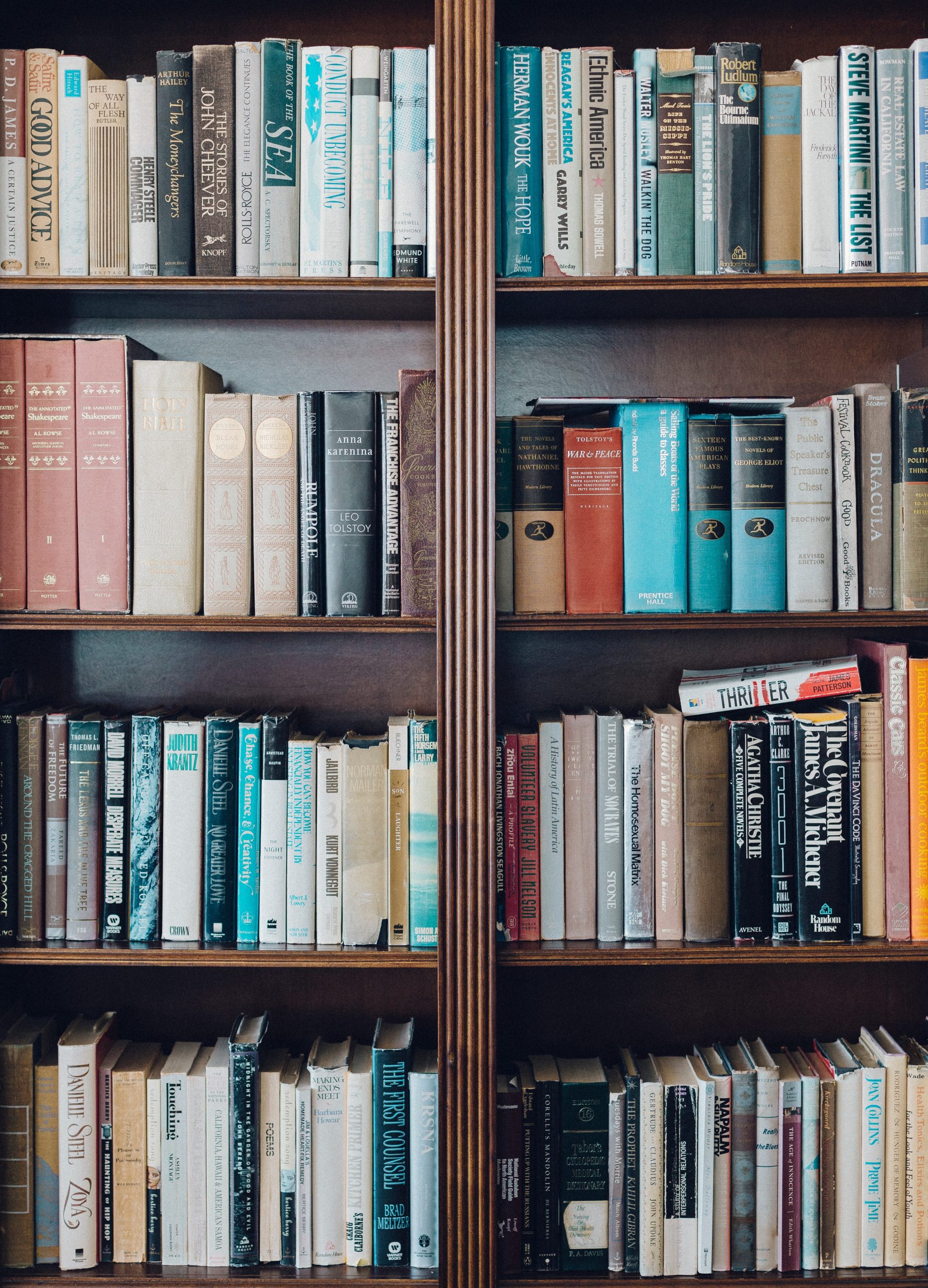 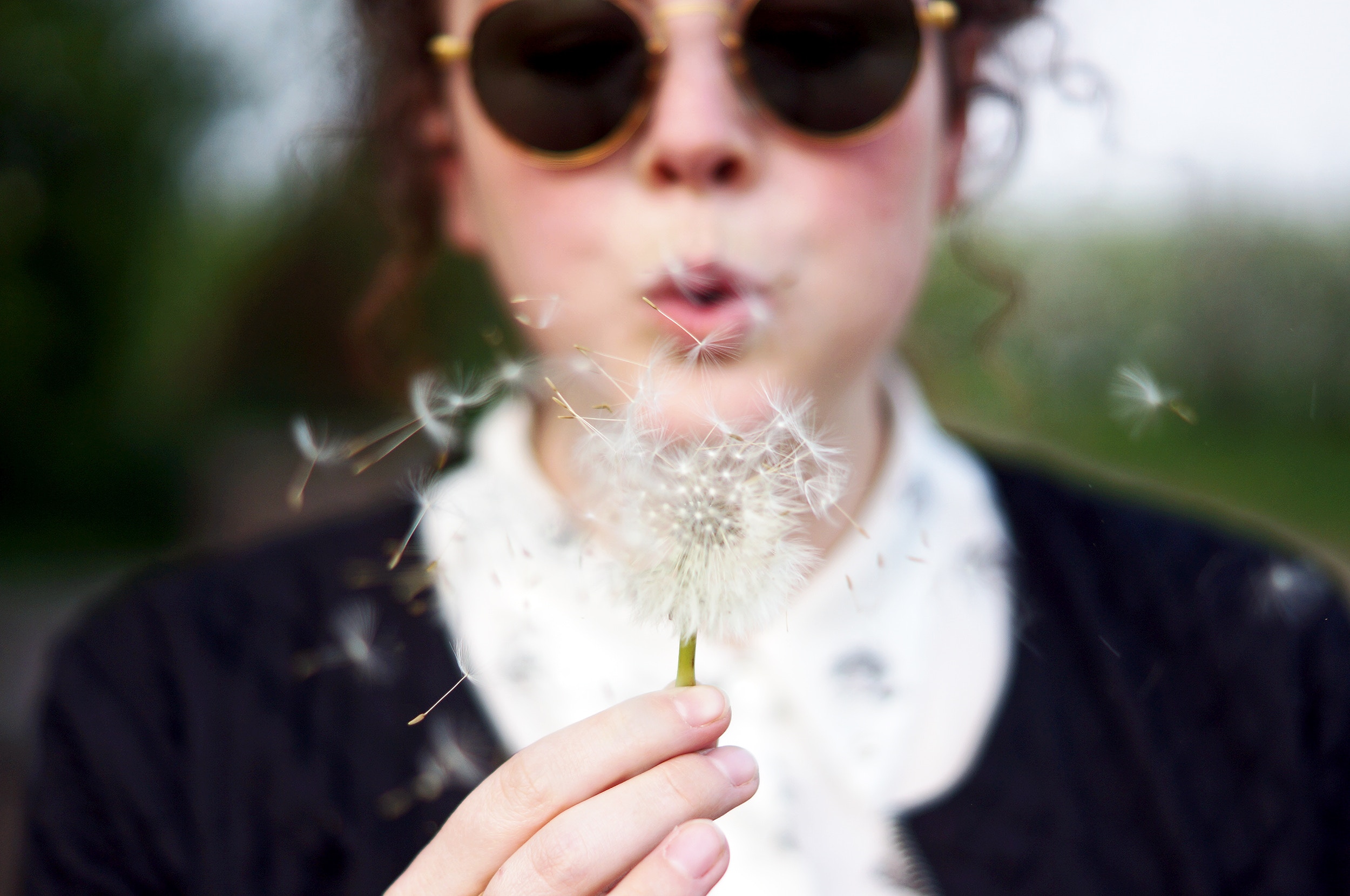 Saying Goodbye to My Dream – Looking to 2019 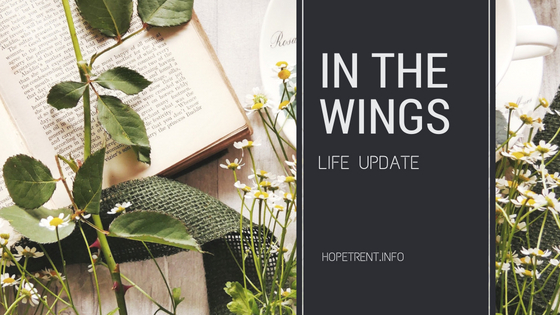 In the Wings: Life Update 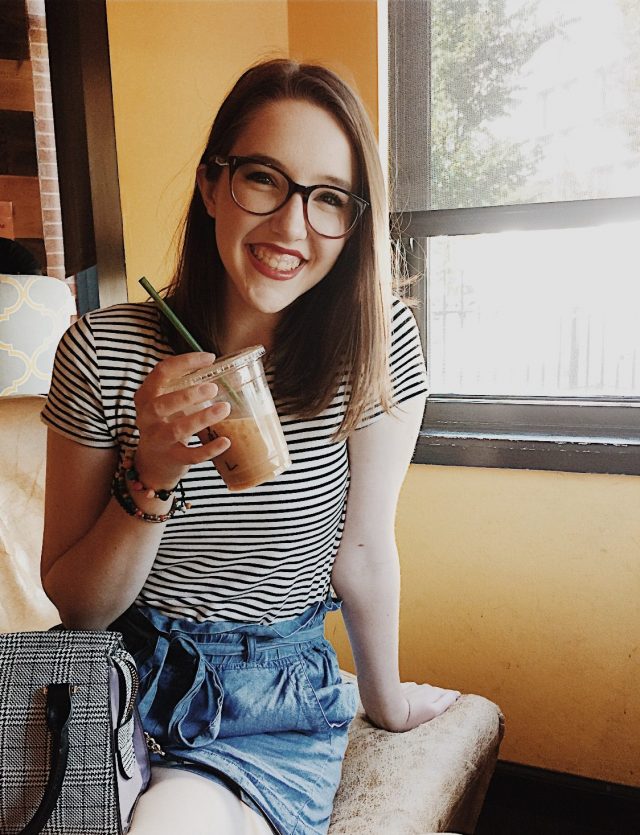 Welcome to The Hopeful Storyteller!

My name is Hope Trent, and I’m a twenty-something graduate who loves creating connection over conversation and a cup of tea.

My blog is a storytelling platform that encourages and empowers YOU through connection and hope.

This is a space intent on creating and offering warmth, welcome, and hope in the ordinary everyday.